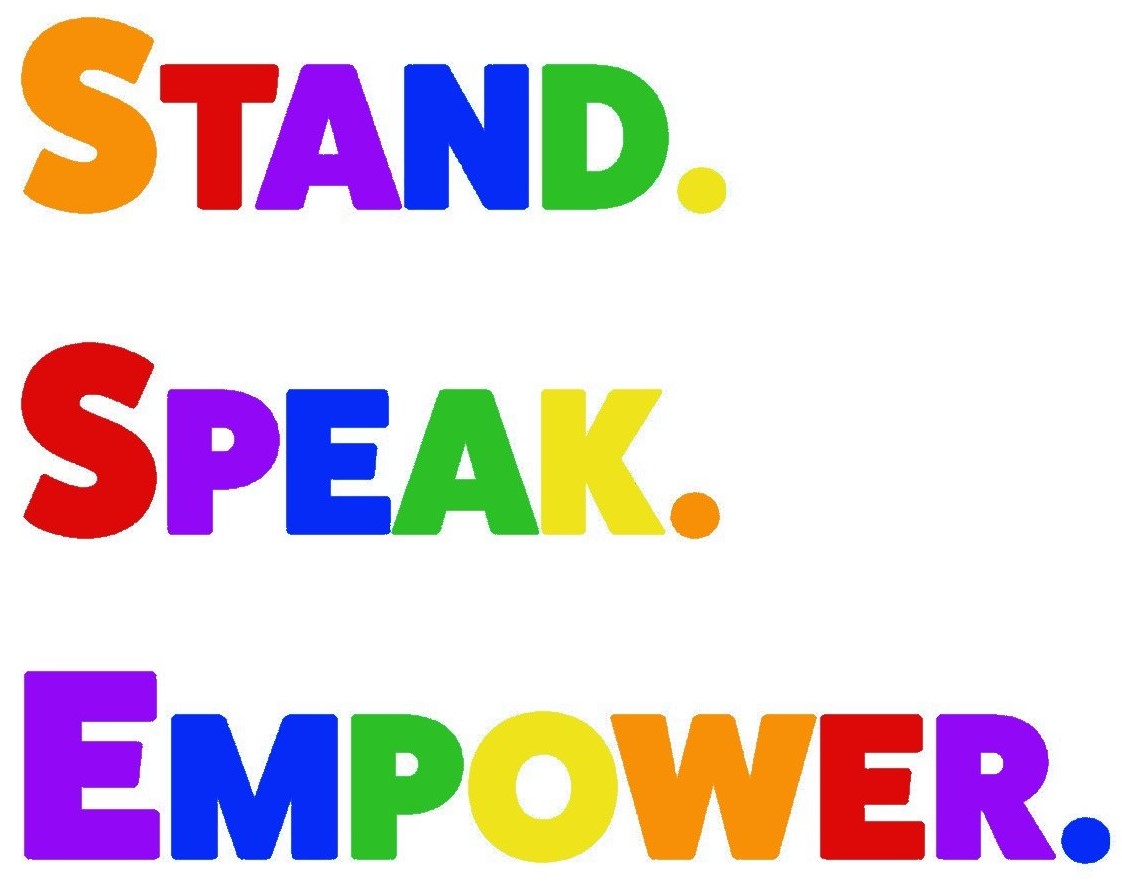 What is LGBTQ+? LGBTQ+ stands for lesbian, gay, bisexual, transgender, queer, questioning, and more. You may have heard other acronyms for the same communities, such as LGBT or LGBTQQIA. All of these acronyms refer to people who might be considered sexual and gender minorities, or those who experience marginalization around their sexual and gender identities.

Each of the terms in LGBTQ+ is defined below. This list is not meant to be exhaustive. It’s also important to know that some people who fit the definition of words such as “lesbian” or “bisexual” might not use those terms personally, and that we respect the right of everyone to define themselves and their identities.

L = Lesbian: women who are romantically and sexually attracted to other women. Some women use different language such as “same-gender loving” or “women who have sex with women” (WSW).

G = Gay: individuals who are attracted to members of the same sex or gender. Sometimes, “gay” is used specifically to refer to men who are romantically and sexually attracted to other men. Some men use different language such as “same-gender loving” or “men who have sex with men” (MSM).

+ = Other Sexual and Gender Minorities: many other individuals and communities fall outside of sexual and gender norms. This includes those who do not like to label their sexuality at all. It includes people whose sexualities meet the definitions listed above, but who do not personally identify as LGBTQ. The “+” in LGBTQ+ also includes a range of other sexualities and genders. Some examples include:

Who else is there? People outside of LGBTQ+ communities also have sexual and gender identities! The most common terms for those individuals are: 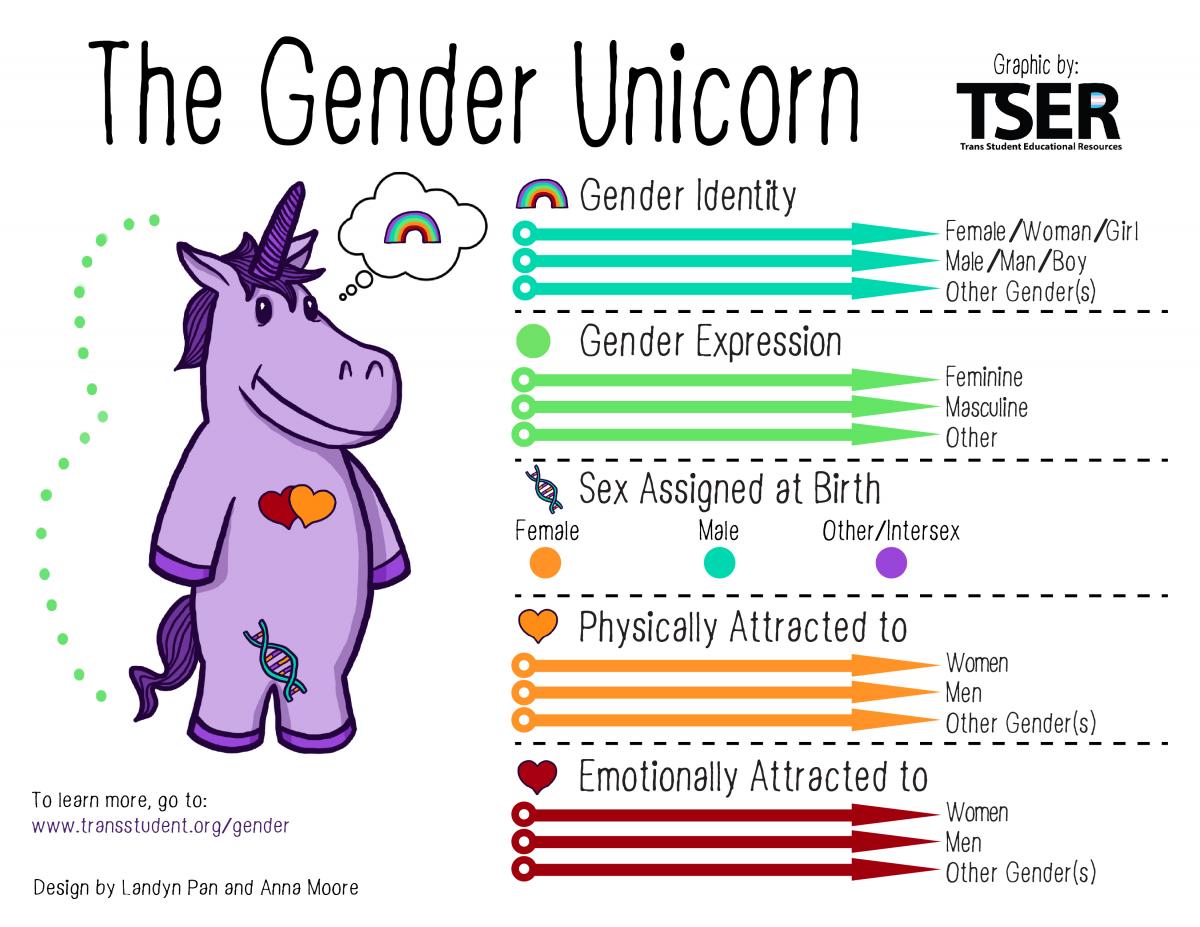 Gender identity, gender presentation (expression), sex assigned at birth, and physical/emotional attraction all contribute to a person's sense of self. Because these elements can be fluid over a spectrum, it can be helpful to use imagery such as the Gender Unicorn to visualize all of the factors that make up a person. Click here to learn more about each of these aspects of identity and to fill out your own interactive Gender Unicorn.

Violence Within and Against LGBTQ+ Communities

Social marginalization can make it difficult for survivors to recognize violent experiences and seek support. Sexual and domestic violence are often represented by stories and statistics about cisgender men’s violence toward cisgender women. While this is important, and reflects a majority of that violence, it can make it more difficult to recognize rape and abuse in same-sex relationships and any incidents involving transgender or gender nonconforming people. LGBTQ+ survivors and their significant others may also fear mistreatment if and when they seek support. For example, the National Center for Transgender Equality2 reports that 1 in 3 transgender adults who pursued healthcare in the past year received transphobic treatment, and 1 in 4 avoided seeing a doctor when they needed to due to fears of mistreatment. If transgender survivors would like a sexual assault forensic exam, or if they need medical attention for injuries related to domestic violence, they must weigh that need for care against concerns about mistreatment from providers.

SERV is dedicated to supporting survivors of all genders and sexualities. All staff and volunteers receive training in providing welcoming and affirming services. We also partner with several LGBTQ+ agencies and community groups in South Jersey and have staff who specialize in outreach, public education, advocacy, and counseling for LGBTQ+ communities.

3Durso, L. E. & Gates, G. J. 2012. Serving Our Youth: Findings from a National Survey of Service Providers Working with Lesbian, Gay, Bisexual, and Transgender Youth who are Homeless or At Risk of Becoming Homeless. Los Angeles: The Williams Institute with True Colors and The Palette Fund.

4Keuroghlian, A. S., et al. 2014. “Out on the Street: A Public Health and Policy Agenda for Lesbian, Gay, Bisexual, and Transgender Youth Who Are Homeless.” American Journal of Orthopsychiatry 84(1): 66-72.

SERV endorses International Pronouns Day, which seeks to make respecting, sharing, and educating about personal pronouns commonplace. Referring to people by the pronouns they determine for themselves is basic to human dignity. Being referred to by the wrong pronouns particularly affects transgender and gender nonconforming people. Together, we can transform society to celebrate people’s multiple, intersecting identities. We encourage colleges, schools, workplaces, and local organizations to hold educational and empowering events on International Pronouns Day, which takes place on the third Wednesday in October each year.