Skip to main content
The Sky is the Limit

The Sky is the Limit 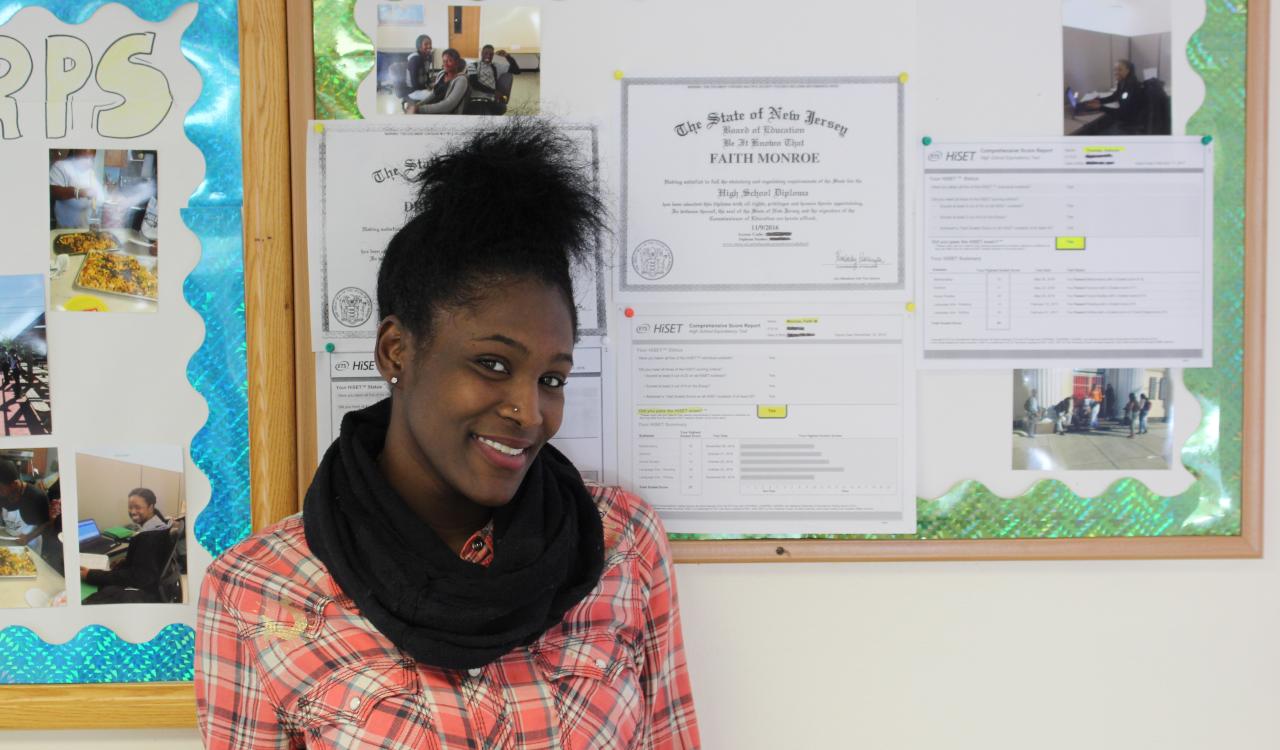 I’m going to further my education as much as I possibly can. I’m not going to stop until I’m Dr. Monroe and nothing will get in the way of that.

Seeking the chance to bolster her resume and essentially reposition herself, Faith Monroe, 21 years old, heeded the advice of her caseworker, and enrolled in Camden Corps Plus. The initiative, led by Center For Family Services and Rutgers University – Camden, supports youth in their educational and professional endeavors by placing them in college-level courses, in addition to offering job training.

Faith, often described as a highly-motivated individual, wasted no time with Camden Corps Plus, as she quickly fulfilled the requirements needed to receive her high school diploma. Also becoming the first participant to earn their diploma in the program’s inaugural year, Faith recognizes this time as ‘one of the best experiences of [her] life’.

“[Camden Corps Plus] cheered me on throughout the entire process and I just came here one day and slapped the diploma down on the desk and shouted out ‘I did it!’. Just thinking about all of that support and finally being able to say ‘I did it’…that was definitely one of the happiest times.”

Times weren’t always great for Faith, however, as she encountered hardships that led her to question her path. Living in New York, with “no room to grow,” an 18-year old Faith knew something had to change. Seeking a fresh start, Faith moved to Camden but soon found herself unable to overcome obstacles and consequently became homeless. “I woke up one morning and realized I’m stuck in the same place I was in when I lived in New York…not getting anywhere.”

It was at this very moment that she decided to move forth in planning a better life for herself. Along with earning her high school diploma, Faith is now in a stable living environment, recently moving into a new apartment, while also holding a managerial position at a local workplace. While proud of her progression, Faith is not yet satisfied, as she currently has her sights set on Rutgers University, where she is interested in majoring in Sociology. Hoping to one day open a private practice, Faith aspires to be a marriage and relationships counselor. Faith envisions a successful career as a counselor due to her keen ability to take all perspectives into account and make well-informed decisions and suggestions without bias.

“I’m going to further my education as much as I possibly can. I’m not going to stop until I’m Dr. Monroe and nothing will get in the way of that.”

The sky is the limit for Faith and she thanks Camden Corps Plus for helping her find success. “It’s not just an organization – they’re like family. It’s an indescribable feeling because they go that extra mile for us. If you want to further your education and be something in life, with a great support system, then Camden Corps Plus is the way to go.”