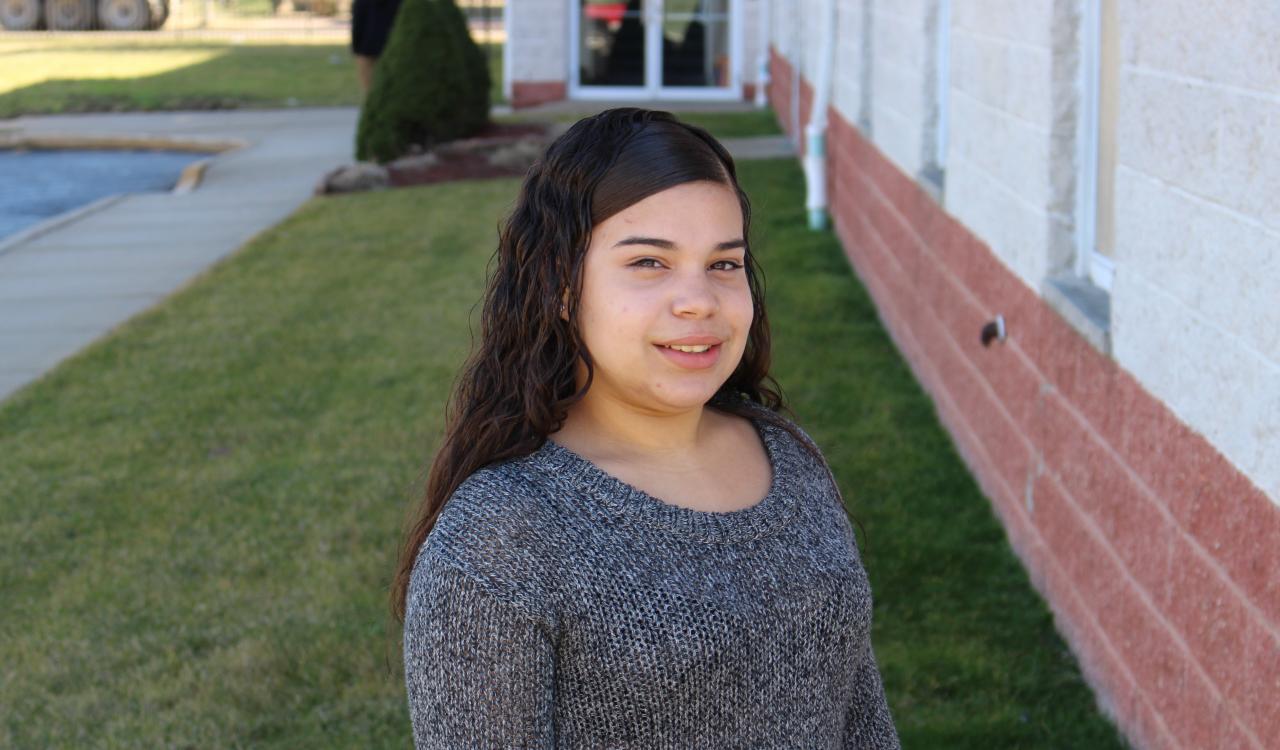 I’ve learned to keep focused and stay motivated in accomplishing my goals.

Displaced from school for several months, Dariana yearned for the opportunity to resume her education. Her chance would come in the form of the program Camden Corps Plus. While attending an open house for the program, Dariana learned she could pursue her high school diploma and receive on the job training. Camden Corps Plus was exactly where Dariana wanted to be.

“I was excited. I love school and wanted to go back. I always had A’s and B’s and was really into my studies,” explains Dariana.

Although she found great pleasure in receiving an education, Dariana struggled with re-entering high school after giving birth to her son. Met with the challenge of balancing the responsibilities that come with being a mother and a student, Dariana contemplated her next steps. While there were difficulties in finding the ideal program, Dariana was determined to find one that would allow her to meet her obligations, both personally and academically. “I had to do a lot of searching to find resources that would fit my needs and allow me to get back on track.”

Camden Corps Plus has allowed Dariana to do just that. Partnering with Center For Family Services, Rutgers – Camden, and other stakeholders, Camden Corps Plus provides Camden City youth with the opportunity to enroll in college classes and receive occupational training in one of six areas. Volunteering at Cooper University Hospital and Abigail House, a local nursing and rehabilitation center, Dariana hopes to become a Certified Nursing Assistant. Inspired by her own experiences with motherhood, she would like to work in a labor and delivery unit, where she is excited at the prospects of helping other women in that precious life moment that is bringing a child into the world. Always looking to learn new things, Dariana believes that working as a CNA will be “just the beginning” of a successful career in Nursing.

Just midway through her one-year term with Camden Corps Plus, Dariana credits the initiative with giving her the tools to grow. “I’ve learned to keep focused and stay motivated in accomplishing my goals. Now I’m able to prioritize – work first, have fun later.”

Additionally, Dariana has learned the importance of being around people who will positively impact her life and “keep the motivation around [her].” Having learned this through Camden Corps Plus, Dariana says, “Camden Corps Plus means a lot to me. They motivate me. They’re always there. Every time I need help, I can always run to them. They’re my family.”

With support from her Camden Corps Plus family, she continues to move forward in hopes of being an inspiration to her child. Provided with the building blocks of success, Dariana is now determined to transform these building blocks into a fulfilling life for both her and her son.