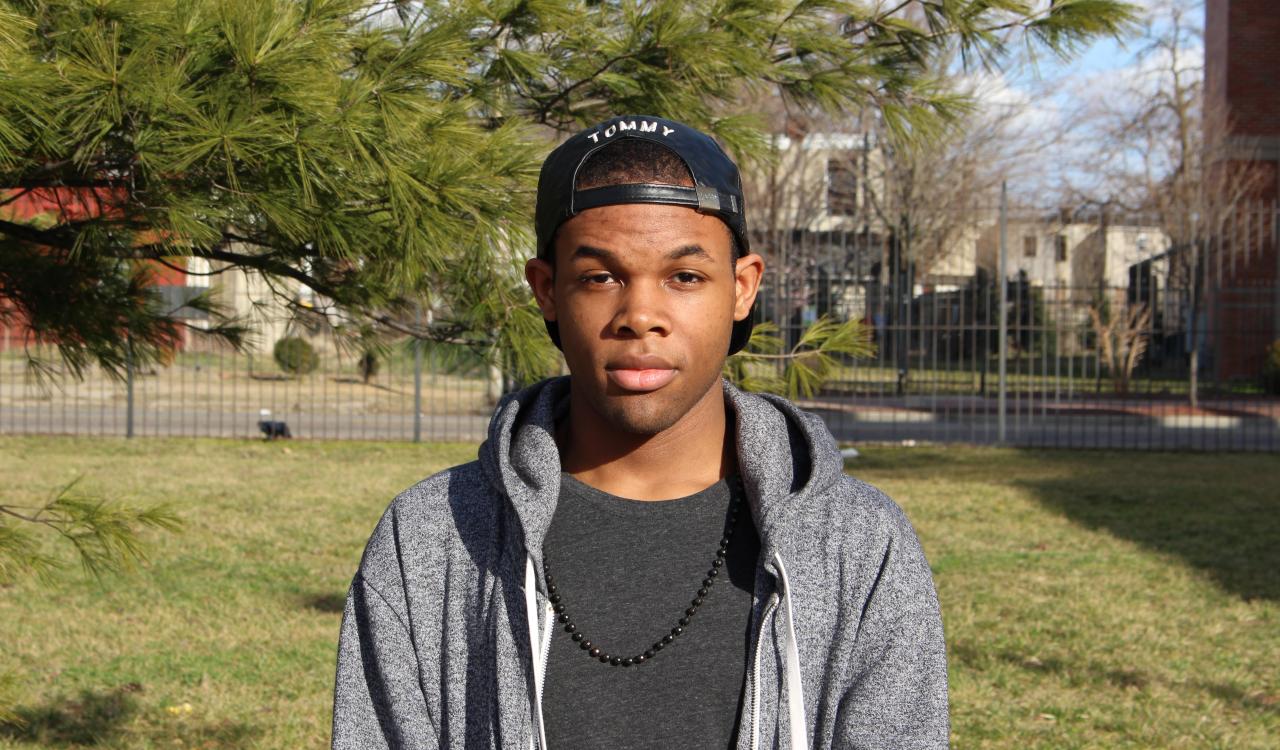 Because of Camden Corps Plus, I was able to earn my high school diploma, get the internship at the art gallery, and network with other artists.

Drue was enrolled in an Adult Basic Skills class at Camden County College when staff approached him about Camden Corps Plus, a Center for Family Services and Rutgers University – Camden collaboration. Initially hesitant to join the program, he decided he would listen to the advice of his family and give Camden Corps Plus a try. As Drue would later find out, joining Camden Corps Plus would have a profound impact on his life.

Expressing a passion for the arts, Drue knew at a young age that he wouldn’t pursue a traditional career track. Fortunately for Drue, staff at Camden Corps Plus supported his aspirations and even broadened his view of the art field. After exploring careers in art with his instructors, he recognized that there was much more to it than he originally thought and has since worked diligently in realizing his dream.

“It’s been very strange to see my own progression. Not only has my craft gotten better, but also the way I go about promoting it. Before I would be very shy about my abilities but now I’m much more confident in my work. I know there’s a lot more to come, and I’m just excited to see where this all goes.”

After searching for opportunities that would allow Drue to continue his career pursuit, Camden Corps Plus connected him with an internship at a Philadelphia art gallery. Very appreciative of the art gallery’s ideals, which are founded on humility and community, Drue says, “Every day is a joy.” And much to his delight, the internship experience has offered an unpredictable work environment.

Recognizing the hard work the staff at Camden Corps Plus put forth in helping him, Drue has nothing but praise for the program. “Without them, I wouldn’t have my footing where it is now. Because of Camden Corps Plus, I was able to earn my high school diploma, get the internship at the art gallery, and network with other artists. And I really thank them for that because without them, I would’ve been stuck trying to figure it all out on my own.”

Since joining Camden Corps Plus, Drue has a more defined plan towards achieving his goals.  With a clearer vision and a greater confidence in himself, Drue is more than ready to make his mark and create a successful career in an industry abound with critics.