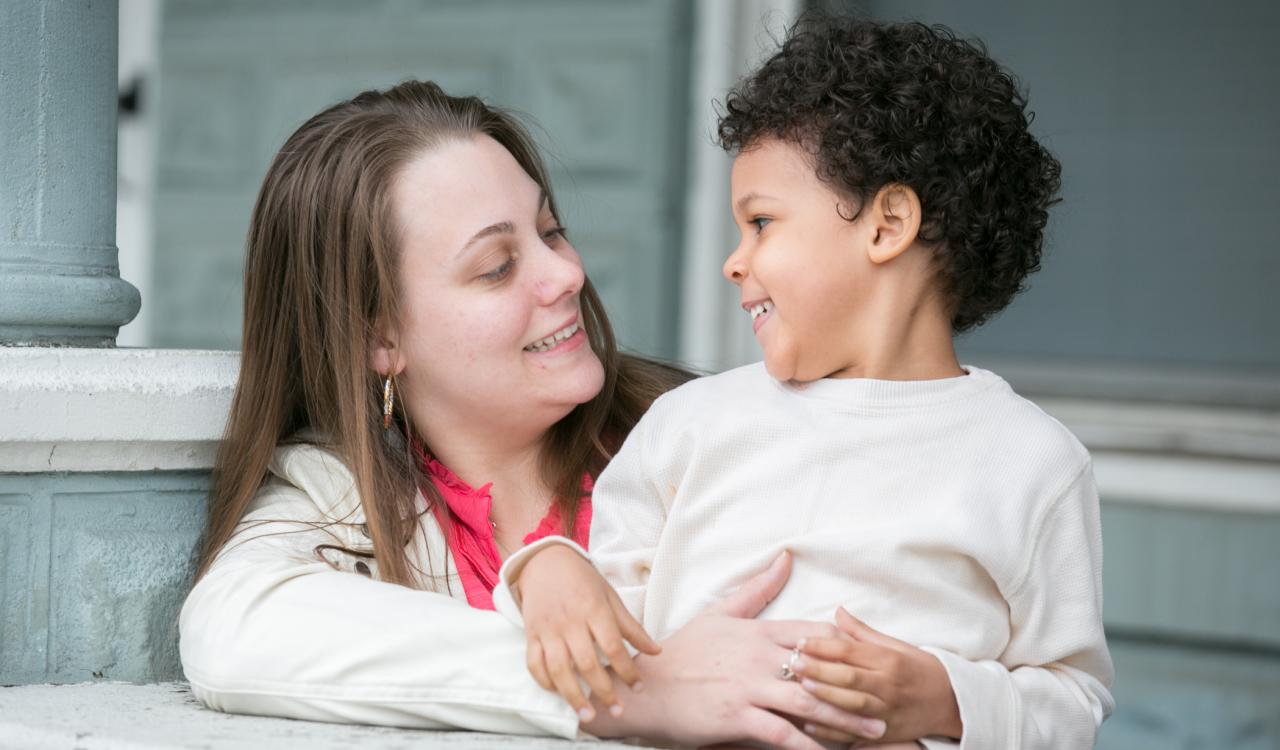 I continue to remind myself that I am an amazing mother, woman, and human being

Claira refused to be defeated by her past.

Prior to coming to Center For Family Services she faced several challenges. Low self-esteem. No self-worth. A violent relationship.

“For the health of my baby I knew I had to get out of the relationship I was in. I finally said to myself ‘enough is enough',’” recalls Claira.

Her only option at the time was to live on the streets. It was then she became homeless.

"I remember the first night on my own. I was pregnant and alone. I will never forget sleeping outside in the middle of winter. I was freezing, sad, and completely hopeless."

“I was so excited about Mother Child. It allowed me to continue my night school classes while learning the responsibilities of living on my own and caring for my baby,” says Claira who was pregnant with her son Jeramiah while living at Mother Child, “I wanted to do anything and everything that was going to help me be a good parent. Mother Child helped me in ways I never dreamed possible, in fact, they helped me learn to dream for the first time in my life."

While living at Mother Child, Claira invested her time in parenting classes and life skills workshops such as financial literacy and stress management that were being offered at Mother Child. Counseling helped her deal with the trauma she experienced throughout her entire life. She was also connected with a mentor, Cindy,  who guided her through lifes ups and downs and served as a mother figure she so desperately needed. Within two months Claira was ready for independent living securing a one bedroom apartment and gainful employment. A few months later she gave birth to Jeramiah.

“In the short time I was at Center For Family Services I learned how to be alone, to love myself, and to endure the pain of my past hardships but to not let them consume me. I continue to remind myself that I am an amazing mother, woman, and human being because you can’t love anyone until you love yourself.”

Today, six years after leaving Mother Child, Claira has secured her dream job as a home remodeling designer with a local contractor. She is a self-sufficient, motivated, and strong woman and mother who is focused on providing the best possible life for Jeramiah and herself.