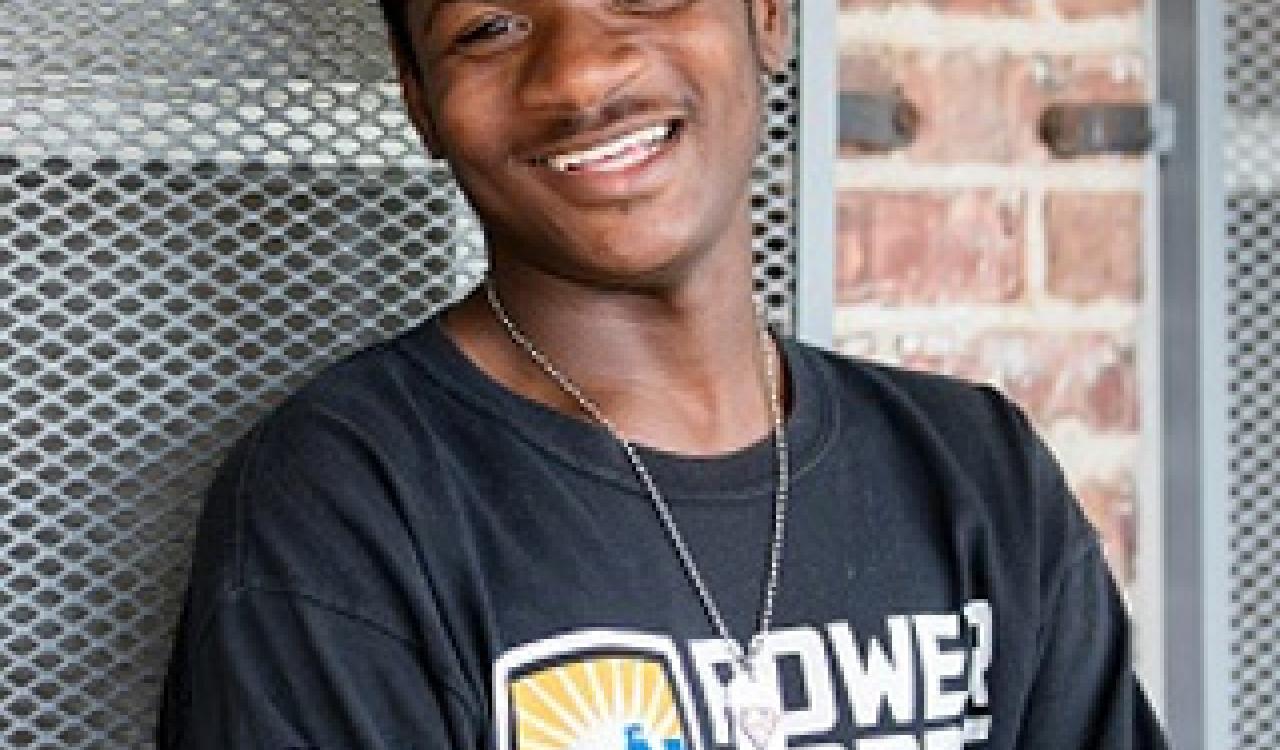 I’m playing a part in the changes.

Participating in a Volunteers of America job readiness program, called “Face Forward,” 19 year-old Camden resident ZaQuan “Snupe” Smith, was seeking the opportunity to better himself and continue his personal growth.

“I try to remain focused, continue to humble myself, and overcome all of the obstacles that have been placed in front of me.”

ZaQuan, determined not to fall victim to complacency, was ready to challenge himself. With a referral from coordinators at Face Forward, ZaQuan’s latest challenge came in the form of a position with Center for Family Services’ PowerCorps Camden.

PowerCorps Camden is an AmeriCorps program in partnership with the City of Camden, Office of the Mayor in which Camden youth dedicate six months of volunteer service to revitalize the city’s public spaces.

Although a lot of hard work awaited him, ZaQuan was more than prepared to show members and staff that he was committed to not only bettering himself, but also advancing the community through the green infrastructure projects that PowerCorps Camden encompasses.

Nicknamed Mr. 900 by his team for being the first crew member to reach the goal of 900 service hours, Snupe continued to work at an admirable pace. Usually the first to arrive to work and the last to leave, ZaQuan worked over 1,100 service hours during the six-month term.

In order to reach those 1,100 hours, a lot of volunteer work was needed, in which Snupe often assisted at the local library and helped to officiate youth basketball games at Michael J. Doyle Fieldhouse on the weekends. “I wanted to test myself. I’ve always been an overachiever and done more than I’ve had to…I just like to stand out,” explaining why he set out to exceed the required number of hours.

Although one would never know, ZaQuan admitted to being a bit doubtful about whether he could actually benefit from PowerCorps. When he first applied, Snupe saw the program as “just another job” but upon attending the pre-service orientation, his mindset completely changed. “I realized this could be so much more. I started really getting into it and started thinking ‘this could really be interesting’. This was actually going to be better than I expected.”

Working with PowerCorps Camden gave ZaQuan an opportunity to make self-observations and realize qualities that he never knew he possessed prior to joining the program. Through six months, he now knows that he is a really good person at heart, one who has the ability and desire to be vocal and open, and someone who can serve as a role model to whom the youth can go to for added inspiration.

Having taken notice of his aptitude to lead, PowerCorps staff invited ZaQuan to join the second cohort in an extended role. ZaQuan is currently preparing for his new position as an Assistant Crew Leader, with hopes that he can lead by example and continue to be a part of great change within the community. “I’m playing a part in the changes. The special thing about it is that I’m from the city, so it feels good to know I’m doing something like this. It really means a lot.”

Currently, Zaquan is employed part-time by both Walmart and Amerinox. He is also taking courses at Camden County College where he hopes to major in business.